True Blood is still cutting a sanguine swathe through the TV schedules, and I’m working on a vampire script, so it’s time for 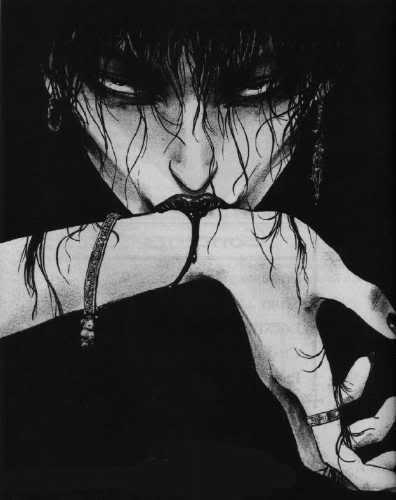 1.    The Vampire of Croglin Grange. A ‘told-as-true’ tale that first saw print as a piece of after-dinner gossip in 1900 is now famous worldwide, although the question over the veracity of the mystery continues. Did a vampire really attack a young woman in a remote Cumbrian village in North-West England, or is it a load of moonshine? In Paranormal Cumbria I suggested that something strange did indeed happen in the 1600s – but what, exactly?

2.    The Vampire with Iron Teeth. It’s 1954. Hundreds of schoolchildren invade a graveyard in a poor area of Glasgow, hunting a Vampire with Iron Teeth that has supposedly already killed and eaten two little boys. Over the next three days aliens and bogeymen get in on the urban legend act, and soon Parliament is passing laws banning horror comics. I investigated the case in Paranormal Glasgow, burrowing deep into a netherworld of childhood fears and monster hunts.

3.    The Vampire of Fealar. The Scottish Highlands are full of supernatural episodes, and here’s one from The Guide to Mysterious Perthshire. In 1923 two poachers were holed up in a remote bothy in Glen Tilt when one of them was attacked by something that sucked his blood. Whatever it was remained invisible in the darkness and left no footprints. Neither poacher ever returned to the area.

4.    The Broughty Ferry ‘Vampire’ Murder. In 1912 a murder took place in a mansion in Broughty Ferry, on the outskirts of Dundee. The victim had died of blunt force trauma, but she also two teeth-like perforations on her skin, and so the obvious speculation took place. However, as I noted in Paranormal Dundee, a detective then recovered a two-pronged carving fork from the scene, and so all thoughts of vampire attackers were dispelled.

5.    The smelly peasants of Transylvania. Documents from officials in the Austro-Hungarian Empire described vampire beliefs in the remote mountains of Romania. The typical Transylvanian vampire was a brain-dead, slow, shuffling peasant who reeked of the grave. These vampires of folklore were more like zombies than the shapeshifting seducers of popular fiction.

6.    Lord Ruthven. The bloodsucker from The Vampyre, written in 1816 by John Polidori, and the first appearance in print of a vampire conceived as fast, powerful and sexual. Polidori invented the aristocratic vampire eighty years before Bram Stoker made Dracula a Count.

7.    The Jiangshi. Nothing makes me happier than to write phrases like ‘Chinese hopping vampire’. It’s a vampire. It’s Chinese. And it hops. How could it get any better? Rooted in Asian folklore and popularised by Hong Kong movies, Jiangshi can be enjoyed in films such as the Mr Vampire series.

9.    The Penanggalan. This Malaysian monster sucks blood in the traditional manner, but differs from mainstream vampires by basically consisting of a flying head from which dangles a bloody flux of lungs and intestines.

10. Spike from Buffy the Vampire Slayer. Partial to a bit of punk rock, is Spike. ‘nuff said.