New Year’s Eve is a liminal time. Liminality means that which is betwixt and between, a transition, a threshold. It is a concept central to the idea of magic and encountering the supernatural. Liminality can apply to places (such as caves, bogs, rivers, the shoreline, boundaries and doorways) or times  – examples include dusk, dawn, midnight, Hallowe’en – and Hogmanay. In Scotland, New Year’s Eve is liminality-central.

So here, in no particular order, are my top ten New Year’s Eve Scottish mysteries, superstitions and supernatural events. 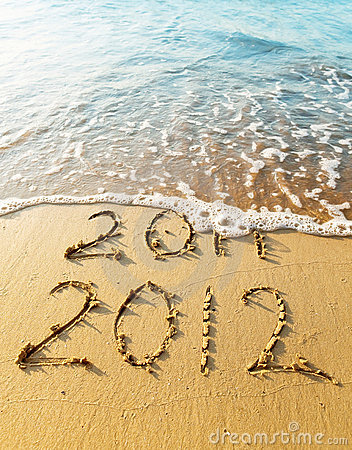 1. The Dancing Statue. At the last stroke of midnight on New Year’s Eve the statue of John Cowane comes down from his perch above the former Guildhall in Stirling and dances round the courtyard. If, however, you turn up at this moment and ‘Auld Staneybreeks’ is not jigging about, it is because he has missed the tolling of midnight, on account of being rendered deaf by centuries of ringing bells from the church next door.

2. Satan’s Right Hook. A weaver had a punch-up with the Devil in a woodland clearing in Glen Lochay, about three miles from Killin. Satan aimed a blow at him, but missed, leaving a handprint in a tree-trunk which for many a night thereafter shone eerily in the dark.

3. The Man Who Vanished #1. In 1966, in the early hours of Hogmanay, 19-year-old Alex Cleghorn was first-footing with his two elder brothers along Govan Road in Glasgow. Suddenly Alex vanished, never to be seen again. The following New Year’s morning the two brothers were planning to first-foot along the same route, passing the spot of the disappearance in the hope that somehow Alex would return.

4. The Man Who Vanished #2. A large, jolly man in an old-fashioned tweed coat was seen at a Hogmanay party in Glen Lyon in the 1980s. He drank steadily for several hours, enjoying his own company and silently attending to the fire. He disappeared when the owners returned. Glen Lyon in winter has a population of less than a hundred; nobody in the area knew who he was and no-one has seen him since.

5. The Black Spectre of Red Well Road. A 16-year-old youth, walking along Red Well Road in Aberdeen at 7.15pm on New Year’s Day 1990, encountered an old woman in black who repeatedly passed through his body, even as he was running in fear back home. The ghost was less than 5ft tall, with a pale face and sagging cheeks, and walked with her hands clasped in front of her.

6. Fire Festivals. There are spectacular Hogmanay fire festivals held at Stonehaven in Aberdeenshire and Comrie in Perthshire, echoes of ancient fire purification ceremonies with an apotropaic (‘anti-evil’) purpose.

7. The Fairy Abductors. At noon on New Year’s Day Willie Clason and Sandy Stewart paused to admire the view on the Fairy Knowe at Bridge of Allan. The side of the mound opened and within they saw wee dancers dressed in green, grey, red and blue. Willie went in for a bop and the door closed on him. Sandy had to wait until next New Year’s Day at noon to rescue his friend.

8. The Seal-Shapeshifter. Murdoch Macrae worked as a shepherd in the remote Treshnish Isles; he lived there alone and had no boat. One Hogmanay he cursed God, killed his collie dog, and transformed into a seal. Amphibious, Murdoch became a danger to fishermen, who recognised his manic laugh as he tried to upset their boats. To combat the evil shapeshifter, a clergyman had to read the rite of exorcism out loud to a colony of seals on Soa Island.

9. The Cream of the Well. Women from the fishing community of Footdee in Aberdeen gathered soon after midnight on Hogmanay to obtain the precious ‘cream of the well’, the well water that brought good fortune if gathered at dawn on the first day of the year. One contemporary observer noted: “A scuffle generally ensued as to which of the numerous pans and buckets should be permitted to carry off the precious ‘first draught.’”

10. The Bible of Doom. In 1901 it was reported from Stirling that someone visited a house on New Year’s Day carrying a Bible, and before the year was out, one of the family was dead. On a subsequent 1st January the same person again came in with the Bible and the remark was made, ‘Who will it be this time?’ Before the year had passed another death had taken place in the house.

You can find chapter and verse on the background to all these bizarre episodes in my various books.

Happy New Year 2012. And watch out for malevolent seals and pugilistic incarnations of evil.