Most Christmas movies make the mistake of being sentimental, sickly, or stupid. It is as if the film-makers assume that somehow the holiday season rots our brains, and we are willing to accept any old toothless hokum. It’s time to celebrate Christmas films with bite: 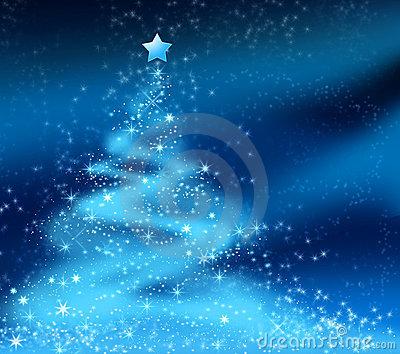 1. Brazil (1985). Coming on like 1984 on mescaline, this dystopian science fiction fable is one of the best films ever made. Terry Gilliam’s mordantly funny masterpiece blends Soviet-style bureaucratic brutality with distorted echoes of Thatcher’s Britain, helped along with wicked turns by the likes of Michael Palin, Bob Hoskins and Robert de Niro. The scattershot visuals unfold against a subtle critique of Christmas banality and identikit (and pointless) presents. Look out for the brief appearance of the Salvation Army’s banner marked ‘Consumers for Christ’.

2. The Lion in Winter (1968). Christmas AD1183. Over one long night, King Henry II, his estranged wife Eleanor of Aquitaine, their three sons Richard, John and Geoffrey, and the young King Philip of France – once Richard’s lover – engage in an endless dance of deceit, betrayal and treachery. With cracking, sulphurous dialogue and towering performances by Anthony Hopkins, Peter O’Toole and – above all – Katherine Hepburn, this is genuine grown-up entertainment, perfect for the dysfunctional family in your life.

3. A Christmas Story (1983). This is something of a minor miracle, being a film about a kid at Christmas that is neither saccharine nor moronic. It’s 1940, and Ralphie wants a BB gun, despite opposition from his parents and a truly nightmarish department store Santa. Occasionally scary and often ROFL-worthy, this is a minor gem that combines warm nostalgia with the dark uncertainties of childhood.

4. Curse of the Cat People (1944). A truly creepy film that might be about ghosts, might be about possession, or might simply be about a lonely little girl and her imaginary friend, this wintry tale abounds with atmosphere, subtle frights and eerie Christmas carols sung in French.

5. The Nightmare Before Christmas (1993). A character named Jack Skellington. A war between the citizens of Halloween Town and Christmas Town. Frankenstein-like mad scientists. Ghost dogs. Skeletal reindeers pulling a sleigh in the shape of a coffin. Shrunken heads as gifts. Bogeymen made of bugs. It’s Christmas as only Tim Burton can conceive. Genius.

6. Dead of Night (1945). A visitor to a country house predicts the futures of the other guests, who then amuse each other with ghost stories and tales of the supernatural – one of which is set during a children’s Christmas party. Swerving between light-heartedness and genuinely scary moments, this portmanteau film is a genuine classic of British horror cinema.

7. The Mothman Prophecies (2003). Oneiric, confusing and just plain weird, this centres round a supernatural creature named the Mothman, sightings of which are somehow linked to dire dreams of future events and messages from the dead. The whole thing culminates in the prophesised collapse of a bridge overloaded with people travelling for Christmas. A not entirely successful Hollywood attempt to film the deeply strange non-fiction book by John A. Keel of the same name, this is still worth a bend of your brain.

8. It’s A Wonderful Life (1946). An obvious choice, of course, but look below the bittersweet personal drama of a decent man in crisis and consider the film’s paranormal themes: alternative universes, time travel and supernatural messengers. If this isn’t an influence on Donnie Darko I’ll eat my giant rabbit mask. Bedford Falls, the setting for Frank Capra’s much-loved classic, is also explicitly mentioned in both Red Dwarf and Gremlins.

9. Gremlins (1984). Riffing on the classic fantasy trope of the Mysterious Shop that sells Strange Gifts, this comedy fantasy unleashes a horde of pesky monsters on a small-town Yuletide. With visual gags referencing everything from Mickey Mouse to The Texas Chainsaw Massacre, it’s a hoot, and the gremlin-in-a-microwave scene remains a classic. Top Glasgow post-rockers Mogwai took their name from the cute form the critters take before transformation.

10. A Christmas Carol (1999). Filmed many-a-time, this version stars Patrick Stewart as the embittered skinflint Scrooge, and sticks more faithfully than usual to Charles Dickens’ original novel. As such its scenes of industrial misery, often omitted from the cheerier versions, are powerfully effective, and the four ghosts are terrific.